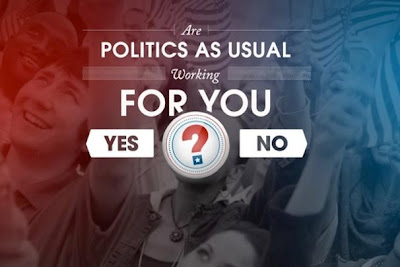 DEFINITION: Corporatocracy – a system of government run by corporations and which exists solely to serve the needs of those corporations.
When I was much younger—and much more naïve—I bought into the popular liberal idea that the United States was essentially a democracy that had gone slightly off-track since the election of Richard Nixon. According to this line of thinking (which is often espoused by those in the Democratic Party establishment), if we could just elect a progressive to the White House, many of the problems currently facing the poor and middle class in this country co 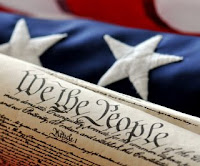 uld be corrected and we would once again be an example of justice and liberty for the rest of the world.

The problem with this myth—and I now believe that it is indeed a myth—is that we have had three so-called progressives in the White House since the 70s, and, if anything, the situation of the working classes in this country has deteriorated more than ever. The richest 10% of Americans now control 2/3s of the wealth in this country (see article in Mother Jones). While the “Great Recession” that hit the United States has decimated the poor and middle classes, the wealthy in this country are doing better than ever with corporate profits at all-time highs.

Three years ago, in a return to the silly idealism of my youth, I voted for Obama, assuming that anyone who had been a community organizer in his past, would work tirelessly to correct the economic imbalances inherent in our system. What I forgot is that Democrats—and this includes President Obama, I’m afraid—are as much beholden to The Corporatocracy as the Republicans are. When the economic crisis hit, Obama, like Bush, did all he could to protect banks and Wall Street, but very little at all to help the 25 million Americans who are either unemployed or underemployed.

So, if our two political parties are basically two branches of the same corporatist party that runs our country, what are we to do to wrest control back from the power elites? One positive solution that many are discussing is to take corporate money out of politics by having public funding of all campaigns. While I think that this idea is quite admirable, I doubt that Republicans, Democrats, or their corporate sponsors will ever support the idea, because there is too much money to be made from the current system.

Recently, however, a group called American’s Elect 2012 has proposed an idea that could potentially shake up the strangle-hold that the two parties have on American politics (see article in The Daily Beast). Their idea was to create a completely open on-line nominating system for the 2012 Pres

idential election. The candidate that is chosen—by the people instead of by party elites—will then supposedly run in all 50 states for President.

My Democrat friends have already told me that they think this is a terrible idea. Republicans, they maintain, will march in lock step and nominate a reactionary that they will, as usual, all rally behind. Progressives, on the other hand, will be split between those who think that Obama at least is the lesser of two evils and therefore should be supported and those silly idealists who support the third party candidate nominated by the Americans Elect process. The result will be a President Perry or Bachmann, who will cause much more harm to the working classes than any Democrat would ever do.

While I think that the dangers involved in splitting the progressive vote in the United States are worth considering, I for one am tired of always supporting the “lesser of two evils” and finding my heart broken time and again. Besides, if it is indeed true that we really only have one corporate party with two branches, then voting for any Democrat is simply voting for a perpetuation of the whole, damned corrupt system whereby a small percentage of wealthy individuals control almost every aspect of the life of this country.

So I plan to support Americans Elect and whatever candidate comes out of their—I mean our—nominating process. And, if by doing so, the Republicans win the White House, then at least progressives will have a clear enemy to fight, rather than being deceived--yet again--by a supposed friend who in the end is probably no real friend at all.
Posted by Mike at 9:55 AM