It's a sad but true fact that for most people philosophy is a fairly dry and uninteresting discipline.  I've often thought that was strange, because philosophy--more than any other discipline that I know--deals with the most important questions that any human being could have: What's the meaning of life? What's the right way to live in community with other individuals?  What happens to us after death.

Perhaps the problem is not with the kinds of questions that the discipline of philosophy asks, but the approach that philosophers often take to asking these questions.  Let's be honest: The ideas of Immanuel Kant are probably as relevant today we when he developed them, but who wants to wade through The Critique of Pure Reason to get at them?  For most ordinary folks that would be a fate worse than death.
But there are other ways than important philosophical ideas can be presented--using fiction for example.  And that's exactly the approach that Robert Edward, author of the new Phoenix Cycle, takes to philosophy.  The Phoenix Cycle is a dystopian series in which many of the main character are famous philosophers and deals with philosophical questions in a way that many people may find compelling.
Here is an excerpt from Edward's book for those who are interested:

THE PHOENIX CYCLE
------------------------------------
ABOUT ROBERT EDWARD
I have been an avid book reader ever since I was a child.  Over the years I gained more interests in the literary world, such as Philosophy and psychology.  These interests have lead me to read stacks of philosophy books and Essays, such as the Plato Republic and The Rebel.  These types of books are now stacked around my room, no longer able to close and covered in scribbled ink and washes of highlighter.
Now I am writing a book that makes philosophy come to life.  I hope that with my series, “The Phoenix Cycle.”  I can make philosophy cool.  By making it cool I believe more people will become interested in learning about philosophy. 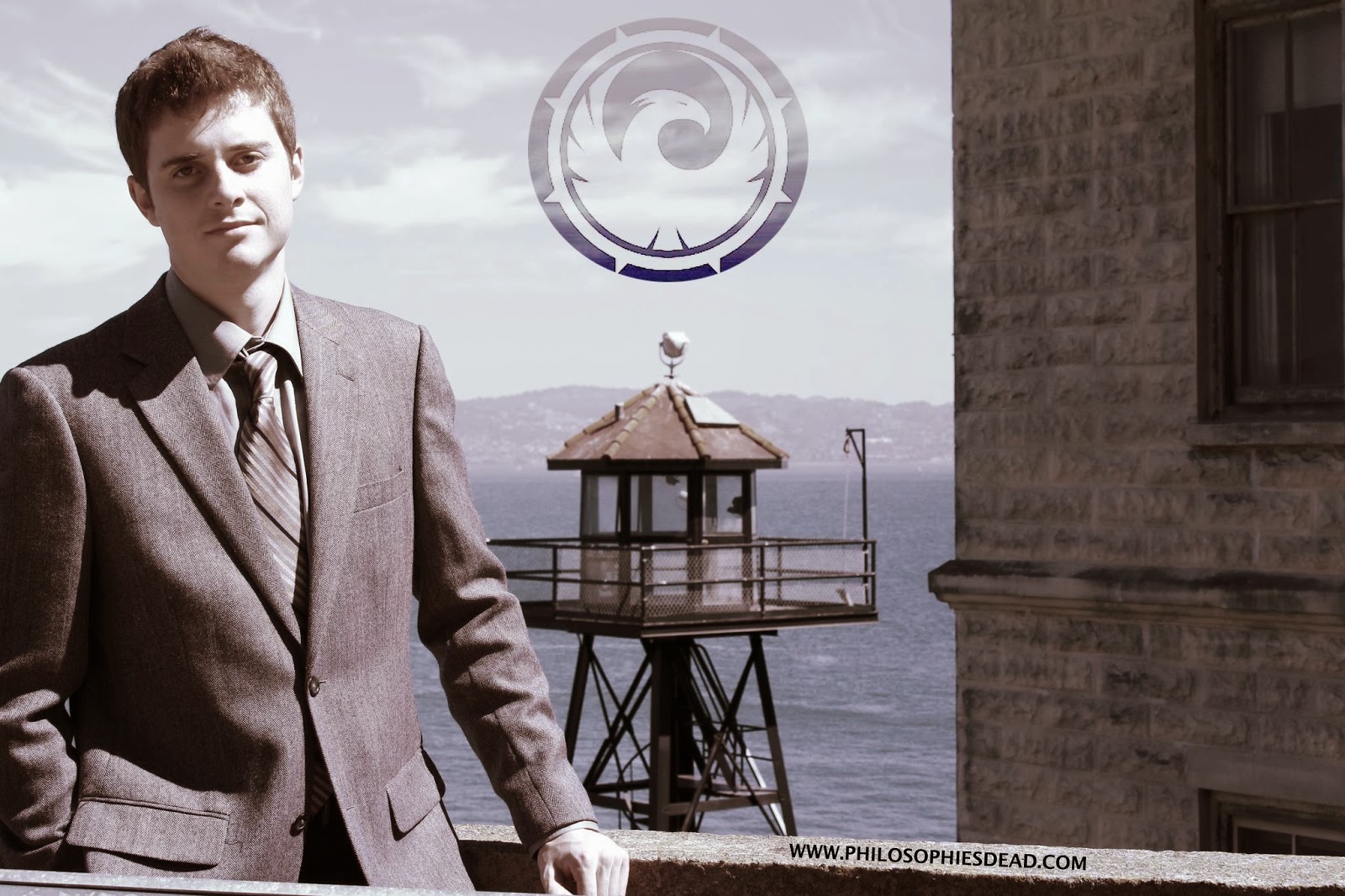 A Different Way to Think About Happiness

I’ve spent the past twenty years thinking about happiness. My Master’s Thesis was on focused Stoic ideas about happiness, my doctoral dissertation dealt with the evolution of Augustine’s understanding of happiness, and more recently, I’ve been doing some work on Hindu and Buddhist conceptions of happiness.  You’d think that, after almost 25 years fixated on the question of happiness, I’d know by now what happiness is and what the best way to become happy would be.  The sad truth is that the more I explore this question, the more my own thinking about happiness evolves and mutates.  Happiness, I’ve discovered, is one slippery concept and there’s a reason why philosophical questions about its attainment have been debated since ancient times.

But the more I study the problem of happiness, the more I come to realize that we Americans have some particularly screwy ideas about happiness that may in fact get in the way of our own long-term happiness.  In particular, we seem to think that real happiness is measured almost exclusively by our present economic conditions (stuff + now = happiness).  Happiness is typically linked to GDP (Gross Domestic Product), a measure of how much we are producing and consuming at a given time.  The presumption is that the higher the GDP, the happier the people of a nation must be.  Americans have one of the highest GDPs in the world, so naturally, we must be among the happiest people in the world, right?

But what if the very lifestyle that we are living in the present is a threat to our long-term sustainable happiness and well-being?  Imagine that we Americans are like heroin addicts.  An addict needs his fix all the time in order to be happy, but the approach that he takes to achieving this happiness (abusing drugs) all but ensures that he can’t sustain his happiness in the long-term.  What if our happiness is like the happiness of the heroin addict?   In fact, using GDP to measure a people’s happiness is like asking a drug pusher whether an addict is happy while he is dwelling in a drug-induced state.  The addict may think he’s happy, and the pusher would say he’s happy, but would anyone of sense really believe that this is sustainable happiness?

Fortunately, there’s another way to measure the happiness of people rather than simply by using GDP.  Nic Marks of the New Economics Foundation has developed what he calls the Happy Planet Index.  Marks takes for granted that things like a person’s present perception of happiness and his or her life expectancy are important criteria of happiness.  But he also takes into consideration the impact that an individual’s lifestyle has on the planet when determining whether that individual’s happiness is ultimately sustainable.  The formula he uses for making this determination looks like this:

Here’s the way Marks explains his approach to happiness during his 2010 Ted Talk.

So, if instead of thinking about happiness purely in terms of the ability to consume in the present, we think about happiness in a more sustainable way, how does the United States rank compared to other nations of the world?  The Happy Planet Index has a nifty traffic light score to rank individual nations:  green (good), yellow (middling), and red (bad).

I’d like to propose that what Marks says about the happiness of different countries applies to the happiness of individuals as well.  Think about your own life, for example.  Do you perceive yourself to be living a happy and healthy life?  If you do, that’s terrific, but, as Marks points out, you also need to consider whether your happiness is ultimately sustainable.

To determine this, take a few moments and complete the following Ecological Footprint survey.  Try to answer the questions to the best of your ability, and, if you’re uncertain about the answers to any of the questions, just make the best educated guess possible.


The question that we all need to ask ourselves in the end is whether the perceptions we have about our own happiness correspond with the reality of whether or not our happiness is ultimately sustainable.  Marks seems to suggest that, if there’s a real dichotomy between the two, our happiness is based upon delusion—a delusion that I would argue is similar in many ways to the delusion an addict would have about his own happiness.  At the very least, becoming aware of this dichotomy should make you start to ask some very fundamental questions about the validity of our Western, materialistic notions about happiness in a world characterized by an ever-increasing scarcity of resources.
Posted by Mike at 10:46 AM 53 comments: