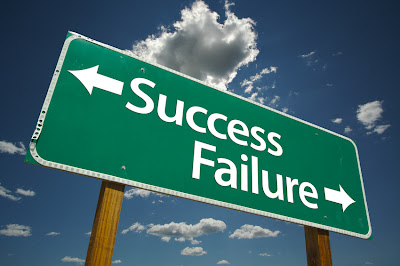 Both candidates did a very nice job attacking one another viciously for months and creating gross caricatures of each other's positions.  By the end of the election Obama became a a misguided, big government, tax-and-spend socialist from another planet and Romney became an out of touch plutocrat who would drive your dear old momma out into the street with his nefarious plans for social security.

Unfortunately, neither candidate demonstrated the least bit of interest in discussing the really, really big issues facing us as a nation and as a planet.  These big issues, I believe,  include global warming, immigration policy, the corrupting influence of corporate money on the political system, the proliferation of assault weapons on our streets, and the failure of our educational system to adequately prepare students to excel in an increasingly competitive world.  There are other significant issues confronting us, certainly, but these are the ones that both Obama and Romney chose to ignore during the entire course of the election.

This to me represents a failure of leadership on the part of both candidates for President.  I know exactly why they ran from addressing these kinds of issues -- because they're very contentious and also incredibly difficult to solve.   But isn't that precisely what a real leader is supposed to do: solve difficult problems?  And, if the country doesn't care about these issues or doesn't understand just how important these issues are, doesn't a real leader get out there and use the bully pulpit to educate and mobilize his fellow citizens? 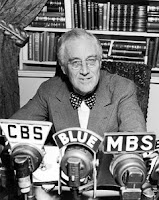 That's precisely what my own leadership role model, Franklin Roosevelt, did during both the Depression and World War II.  He saw there were problems facing the nation (millions of people out of work and fascism on the rise), understood what needed to be done to solve these problems (stimulate the economy through public works and mobilize the country for war) and then used his fireside chats to get the nation behind him.  And the nation did get behind him in the end.  The end result was that we got out of the Depression, defeated the forces of fascism, and became the economic and political superpower of the entire world.

The philosopher Plato, in the Republic, argued that a real leader is one who has an understanding of the Good and then is trained to carry that good out for the betterment of the society.   That's exactly what Franklin Roosevelt did in the 1930s and 40s and that's precisely what our leaders today seem unable to do.

But perhaps I don't fully understand what a leader really is and maybe the old paradigms of leadership no longer apply in a world that is so complex and fragmented.

So what is a leader anyway?  Why do you think we seem to have so few real leaders guiding us today?  And what do you think the solution to the problem might be?
Posted by Mike at 11:11 AM 31 comments: