The Way of the Skeptic 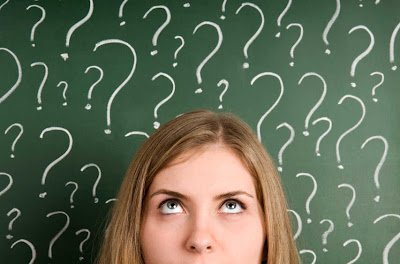 I’ve been teaching philosophy now for over 20 years, and it always amazes me at how gullible students are. Every year when teaching my Rhetoric course, I come in the first class and inform the students—in a very bad Irish brogue—that I am Fr. Liam McCarthy from County Gallway in Ireland. I then go on with the prepared script:

“Dr. Russo, I’m afraid, has been deemed ill-suited to teach this class and I’ve been asked to take his place. What I plan to do is examine the leadership styles of our Lord and Savior, Jesus Christ, his blessed Mother Mary, and the saints and martyrs of the Catholic Church, including, but not limited to Saints Perpetua and Felicity, St. Odo of Cluny, and, of course, the blessed Barengarius of Tours. Our text will be the Bible, which I plan to teach to you in the original Greek. Many of you, I fear, will not do well in this course, because you are weak of mind and prone to the frailties of the flesh. I want you to know that I have no problem failing every one of you, if you fail to meet my exacting standards. Does anyone have any questions? Good. Then let’s begin our class with a prayer taken from the Catholic rite of the dead.”

I say all this with a perfectly straight face, while at the same time trying to the best of my ability to maintain something like a Barry Fitzgerald-style brogue from The Quiet Man. It’s a ludicrous performance, and no one with any sense at all could possibly believe that Fr. McCarthy could be real. But the students all do. And when I can no longer sustain my performance, break out in laughter, and inform them that they’ve been had, most of my freshmen still don’t know how to react: They sit paralyzed for some time, trying to figure out how they could have believed something so patently absurd to be true.

I know what you’re thinking: how stupid can these freshmen be? But they’re not stupid at all. In fact, only honors-level students take my Rhetoric class. And I would bet that, if you were in this class, you would buy into the reality of Fr. McCarthy, even with his abysmal brogue and his absurd 1950s Catholic worldview. You would accept that Fr. McCarthy is for real, because, like most human beings, you’ve been trained to accept many things on faith that you have no real evidence for at all.

Unlike the reality of Father McCarthy, these are all somewhat plausible beliefs, to be sure. You’ve probably embraced many of these beliefs most of your life and people that you trust and love undoubtedly hold to them as “gospel truth.” But how do we really know that any of these so-called “truths” are actually true at all?

Let’s play a few mind games. For these games to work, you’ll have to put aside all the beliefs about your life that you have taken for granted are true.

We can start with your experience of reading this very text. Your assumption, I’m sure, is that you, __________________ (fill in your name), are sitting down in front of your computer reading the words that appear on the screen. But can you really be certain that this is what you are actually doing? Haven’t you had the experience of thinking that you were enmeshed in some activity—hanging out with your friends, visiting a strange, exotic place, making love to a desirable partner, only to wake up and discover that everything you thought was real was actually nothing more than a dream? But while you were dreaming, the dream seemed totally and completely real to you, didn’t it? Well, how do you know that something similar is not going on right now? Perhaps instead of reading this text on your computer, you are, in fact, in deep REM sleep, dreaming about reading this text. Can you really be 100% certain that this is not the case (remember, while you are in a dream, everything seems completely real to you)?

Let’s try another mind game, just for fun. Once again, you are reading this text, imagining that what you are experiencing is real. But I’m here to tell you that the you that you think is you is not really you, and the world that you think is really real is not real at all. You are actually a being of a much more highly evolved species than homo sapiens (You have a body only about 4 feet tall, four fingers on each hand, a huge cranium to support your impressive brain, and no icky genitalia, since reproduction of your species is done purely through mental contact). Every 150 years members of your species go into a coma-like state, called “The Phase” in order to regenerate, and remain in this state for about five years. During that time, it’s not uncommon for beings like yourself to imagine themselves as completely different sorts of creatures on strange new worlds. For example, while you are in your coma-like state, you’ve imagined yourself as _______________ (fill in your name) living in a place called ___________ (fill in your town and country),on a planet called Earth, in a period described as the early 21st century. You’ve even created a bizarre physical form for yourself that is totally unlike the “real” form that you actually possess (pubic hair…yuck!). The further along you are in The Phase, the more elaborate the dream becomes until you no longer even begin to question that it’s real. You establish relationships, develop a career, beget children, etc. But—and here’s the kicker—you are now approaching the end of your five year sleep cycle and very soon will be ripped from mind has created. When that happens, everything you experience in that dream-like state will become nothing more than a vague memory that you will eventually forget completely as you resume your “real” life.

I know that you are probably thinking that both scenarios that I’ve described are completely implausible. You know exactly who you are, and you know damn well that what you are experiencing at this very moment is precisely what it appears to be. But can you really be certain that is the case? In fact, the “certainty” that you possess about just about every aspect of your life is actually more like a belief or conviction—something that ultimately can’t be proven or disproven. You could, in fact, be sleeping or you could be an alien creature in comma-like state. How could you ever prove that you’re not?

The Way of the Skeptic

What’s the point of all this, you’re probably asking by now? The point is to set you on a path that some philosophers have called the ultimate road to self-realization. It’s called the path of skepticism, and its practitioners—called, not surprisingly, skeptics—argue that true liberation comes from embracing the uncertainty inherent in human life. “Dubito”—I doubt—is the motto of all skeptics, and a truly radical skeptic doubts every aspect of his experience.

The way of the skeptic is the opposite of that of the dogmatist. Dogmatists believe they have certain knowledge about the nature of reality, the right way to live, how to organize society, etc. Their supposed certainty leads to conflict with other dogmatists who also believe that they hold the truth. Aggression, violence, war, and genocide are the end results of embracing a philosophy that holds that one’s own truth is absolute and everything else is error, lies, and heresy.

The skeptic, in rejecting the idea of universal or transcendent truth, avoids the tension and conflict that the dogmatist inevitably experiences when his views run counter to the views of others. When the skeptic encounters someone with an alternative perspective on reality, he simply acknowledges the beliefs of the other and moves on humbly and graciously. He doesn’t get angry or frustrated, because he has no personal stake in the debates dogmatists love to have among themselves.

The total suspension of judgment that the skeptic has about what is true or false leads to a kind of inner peace that dogmatist can never possess. Things may “appear” or “seem” to be true to the skeptic, but when he’s shown that this is not the case, there’s no psychic rupture that occurs within him. His beliefs are recognized to be beliefs, and nothing more, and when new beliefs come along that are superior to the ones he’s previously held, he’s capable of embracing them with a cognitive flexibility that the dogmatist could never even imagine.

Not convinced? Try suspending judgment for just a week on matters that you’ve always assumed to be true. For just a week, instead of reacting dogmatically when your beliefs encounter opposition, make an effort to remain open to conflicting viewpoints. You just might find that your life has become much more pleasant by giving up some of your certainty about the truth…and you also might find that the world around you becomes a much nicer place as a result.
___________________


Dr. Michael S. Russo is a Professor of Philosophy and Ethics at Molloy College in New York, the manager of The Sophia Project, an online repository of educational resources in Philosophy, and the author of That's Right: An Introduction to Ethical Theory.  He can be reached atmrusso@molloy.edu.
Posted by Mike at 3:22 PM