What's The Problem with Pleasure?

SARA KLINE
It amazes me that in the 21st century, there are still those who honestly believe that there is something wrong with living a life devoted to the pursuit of pleasure.  Not so very long ago, Sandra Fluke, a student at Georgetown University, was basically called a slut and a prostitute by Rush Limbaugh for arguing that her university had an obligation to provide contraception as part of its student health coverage.   Fluke was honest enough to admit that she had an active sex life, but wasn’t looking for marriage or to have a family any time soon.    Apparently, in the United States in the 21st century that acknowledgement alone is enough to merit public condemnation.
But, whatever right wing pundits like Limbaugh might think, Sandra Fluke is not alone in her desire to seek pleasure without attachments.  In a recent New York Times article, it was reported that more and more college-aged women are looking for sexual relationships without any long-term commitments.   It’s interesting to note, however, that none of the 60 women interviewed by the Times would allow their names to be used in the story.  Why?  “Because they believed that talking publicly about sex could come back to haunt them—by damaging their reputations at [their college], their families' opinions of them or their professional future." 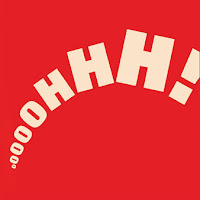 But what, may I ask, is so unhealthy or unnatural about the desire for physical pleasure for its own sake?  As a species, we’re hardwired, after all, to seek pleasure and avoid pain.  It’s because sex feels good that homo sapiens were able to reproduce to the point that we now inhabit virtually every corner of this planet.  Our primitive ancestors were also hardwired to seek out tasty sweet and fatty foods that provided them with the nutrients they needed to survive in a fairly inhospitable world.   And, alcohol and opiates, of one form or another, have been part of every primitive society’s rites and celebrations since the beginning of recorded history.


We human beings, it seems, have always liked our sex, yummy food, and mind-altering substances.  The difference is that our primitive ancestors didn’t have the kinds of hang-ups that we seem to have about the pursuit of physical pleasure.   In fact, prior to the rise of Christianity in Europe, a person would have been looked upon as abnormal if they didn’t have a healthy appetite for things physical.  Various forms of hedonism were prevalent throughout classical society, and the Greeks were so devoted to food, drink and sex that they celebrated the pursuit of these pleasures in poetry and song  (see The Greek Anthology). 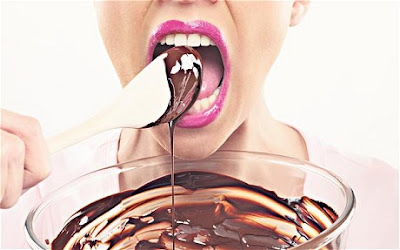 It’s interesting to note that in his discussion of self-control , the philosopher Aristotle considered the inability to enjoy the pleasures involved in partaking in food, drink, and sex, something so unnatural than he hardly thinks that this vice is worth discussing.  As he puts it in the Nicomachean Ethics, “People who fall short with regard to pleasures and delight in them less than they should are hardly found; for such insensibility is not human.”  Say what you want about our pagan ancestors, but most of them took for granted that one of the primary goals of life was to suck as much pleasure out of the marrow of human experience as they could.

So when did we start to develop such a hostility to the pleasures of the body?  The villain here would have to be Plato, who introduced a kind of body-soul dualism that was not before found in such a virulent form in Greek thought.   For Plato the body and its desire for pleasure was a prison for the soul, keeping it trapped in the sensible realm.   Plato thought that it was only by rejecting the sensual lures of the flesh that the soul could achieve its ultimate goal—living in a purely spiritual state, freed from the nasty temptations of the body.

Naturally, this kind of body-soul dualism greatly appealed to the repressed—and highly repressive—society that sprung up in the Middle Ages.  In Christian Europe the goal of life was complete freedom from the body and its temptations.   As Peter Brown points out in his groundbreaking book, The Body and Society, the medieval Church viewed the body as the root of evil and the pursuit of bodily pleasure as the cause of all sin.   Better to remove an offending organ—as the Church Father Origen did—than to allow the lures of the body to cause one to reject God and his laws. 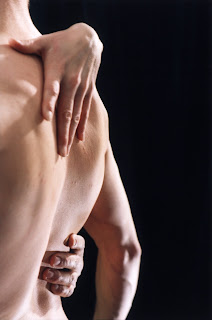 But we’ve come a long way as a species since the rightly-called Dark Ages, haven’t we?  Apparently not.  There are still those in contemporary American society who would like nothing more than to return us to the kind of society that they naively believed existed in the “good old days” (usually defined as somewhere between 1945 and 1960).  They want all drugs—even innocuous ones like marijuana—kept illegal, women back in the kitchen where they supposedly belong, homosexuality condemned, and sex reserved solely for procreation.  Keep in mind that 40% of Americans describe themselves as social conservatives or Evangelicals, and ascribe to just these sorts of views.

But, thankfully, the pleasure haters among us are becoming a minority in American society.  Younger men and women (those under 30 in particular) don’t see any problem at all with pursuing physical pleasure for its own sake.  Coincidently, this is the same group that includes the largest number of individuals who claim no religious affiliation at all.  The death of reactionary religious superstition, it would seem, goes hand in hand with a more progressive and positive attitude towards the natural needs of the body.

So the next time you feel guilty about eating that extra piece of chocolate, engaging in a night of hot, passionate romance with a good-looking guy (or woman), or having a few drinks with your colleagues after work, just remember:  these simple pleasures are really all we have in life and we might as well enjoy them while we can.  One day, and that day may come sooner than you think, you may not be able to partake in these sorts of exquisite pleasures.   And how incredibly sad your life will be at that point.
Posted by Sara at 2:50 PM